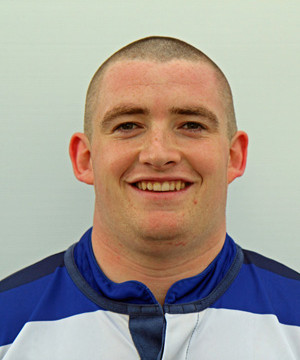 Old Crescent RFC are delighted to announce that Cathal O’Reilly has been selected as Club Captain for the coming season. 26 year old Cathal is in his 5th season with Old Crescent and has played a leading role as a superb hooker since joining the club.

Clare born and living in Limerick, Cathal was educated at St Clements in Limerick and at the Institute of Technology Tralee where he was the recipient of a Rugby Scholarship.  Cathal has been ever present in the Old Crescent senior side since joining the club.  He has also won honours playing rugby league with Irish colleges and with local club Treaty City Titans.

Welcoming the announcement, Ger McNamara, President of Old Crescent RFC said Cathal O’Reilly was an excellent choice as Captain of the Club and he was confident that Cathal’s leadership qualities and his outstanding ability on the field would result in Old Crescent RFC having a very successful season.

Speaking after the announcement, Cathal O’Reilly said it is a great honour to be selected as Club Captain of Old Crescent R.F.C. He added “I am very proud of this and I look forward to representing the Club in what we hope will be a successful season as we aim for promotion”.