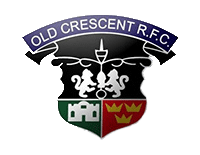 The Old Crescent Senior team and supporters made the long trek to the North West last weekend to take on Sligo RFC at their scenic grounds in Strandhill outside Sligo Town. It was our first UBL visit to Sligo although the clubs have an association dating back to a time when Old Crescent assisted Sligo with a number of friendly fixtures after they became a senior club 40 years ago.

Sligo are near the bottom of the Division 2C table but Old Crescent were taking nothing for granted after our narrow loss to Wanderers the previous weekend.  With vocal local support, Sligo started at a 100 miles an hour and Crescent had to weather the early storm and defend resolutely for the first ten minutes.  However, when we finally got our hands on the ball, we attacked deep into the Sligo 22 and were rewarded with an attacking scrum on the Sligo five yard line.

The Sligo eight were forced backwards by the dominant Old Crescent scrum and the referee had no hesitation in awarding a penalty try as the Sligo scrum collapsed over the line.  Barry Neville added the conversion.

Sligo has their best period of play midway through the first half and they secured a converted try to level the score. However, Crescent were quickly on the attack again and scored another try after mauling the ball to the line in a maul that started from an attacking line out on the Sligo 22 line.  Our Captain Cathal O’Reilly dotted down at the back of the maul and Barry added the conversion.

The Old Crescent pack demonstrated their growing superiority five minutes before the break when we were again awarded a penalty try after the Sligo scrum were unable to withstand the Crescent scrum and collapsed backwards over their line.  Barry Neville added the two points for the conversion to leave Old Crescent in front by 21 points to 7 at the end of the first half.

Having established a 14 point lead playing into the breeze in the first half, Crescent supporters were confident that our team would press on to victory in the second half. The try securing the try bonus point arrived seven minutes into the second half when our winger Cathal Monaghan scored in the corner.  With Barry Neville off the field, Shane O’Brien added the difficult conversion to increase our lead to 35 points to 7.

Midway through the seconds half, our other winger, Stephen O’Carroll, added a fifth try which Shane again converted.  Old Crescent were now comfortably ahead, and the frustrations of the young Sligo side at their predicament resulted in two of their players being sent to the sin bin.

Old Crescent continued to pile on the pressure and played right through to the final whistle. Two further tries were added in the last ten minutes by Larry Hanly and Jack O’Neill, with Shane converting one of them, to bring the final score to Old Crescent 47 Sligo 7.  A comprehensive victory that brought us back to the top of the UBL Division 2C table.  The UBL now takes another short break and our next UBL game is another long trip away to Dundalk on 28th November, after which we take on neighbours Bruff RFC in back to back home and away Friday evening fixtures on 4th and 11th of December.

Our Under 20 side continued their Donal Walsh Trophy campaign with an away trip to Bruff last Saturday. We travelled in hope but despite the lovely autumn conditions we were beaten by six tries to one.  Our line-outs and scrums were good but we never clicked as a team against a Bruff backline that put on a fine display of running rugby.

On the day the better team won, though we did not get any rub of the green.  Cian Raele and Jeffrey Coyne had fine games with Cian making some good breaks.   Rory Cunningham and Conor Lenihan worked very hard but we were up against a good set of backs.

James Brennan our number 14 got our only try in the second half when he scored in the corner. Tomas O’Donnell lined out on the wing in the second half and made a return to his father Tom’s native parish. Credit is due to all our Under 20’s who never gave up.

Our only senior fixture this weekend is a Munster Senior Seconds league fixture against Ul Bohemians in Rosbrien at 7.30pm next Monday evening, 16th November.