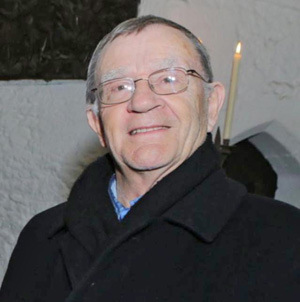 With our senior team resting at the top of the Ulster Bank league Division 2C table after our comprehensive defeat of Sligo RFC in Sligo the previous weekend, the only Old Crescent RFC team in action over the weekend was our Seconds team who took on UL Bohemians in a Munster Senior Seconds league clash in Rosbrien last Monday evening under lights.

Played in fresh dry conditions, Ul Boh’s were first on the scoreboard with a converted penalty five minutes into the game.  The Crescent pack soon got into the game and their dominant scrum had Ul Boh’s in trouble, and after a few collapsed scrums close to the Ul Boh’s line, Crescent were awarded a penalty try which Padraig Quinn converted to put us 7 points to 3 in front.

We followed that up near the end of the fist half with another strong mauling performance deep in the Ul Boh’s 22.  Kevin Doyle broke from the maul and made valuable yards before off loading to Ronan Hogan to score near the posts.  Padraig added the conversion to leave us 14 points to 3 ahead at the break.

Crescent had a man sent off shortly after the restart which made for a difficult second half for the home side.  Ten minutes into the second half, Ul Boh’s got in for a converted try to bring them within three points of Old Crescent.  However, the 14 Crescent players stoutly defended our narrow lead throughout the second half.  The visitor’s superior numbers finally told with five minutes to go when they got in for an unconverted try to put UL Boh’s in front by a single point.

Crescent attacked strongly and got close to the Boh’s line, but the visitors managed to clear their lines and the last few minutes of the game were played in the Old Crescent half.  Ul Boh’s were awarded a late penalty which came back off the posts and bounced into the hands of an advancing Ul Boh’s player.  The cruel bounce caught our players flatfooted and Boh’s touched down out wide for an unconverted try to leave the final score, Old Crescent 14 Ul Bohemians 20.

In fixtures next weekend, our Thirds team will take on Garryowen in a Gleeson League clash at home in Rosbrien at 7.30pm next Friday evening under lights.  This game will also double as the Tony Murray Memorial Trophy match which is played annually in memory of a much loved former President of Old Crescent RFC, the late Tony Murrray.  Our Under 20’s will play Ul Bohemians at 2.30pm next Saturday at home in Rosbrien in a Donal Walsh Trophy clash.

Crescent College Comprehensive will hold a special day of rugby celebration at the College grounds in Dooradoyle next Saturday, when the College will play Clongowes Wood College at all levels from 1st year to Senior teams, to celebrate the contribution that Don Reddan has made to the school over the past 42 years and to acknowledge the connection between Clongowes Wood College and Crescent College Comprehensive, two sister Jesuit schools with which Don has been closely associated.

Don started coaching in CCC in 1983 after a successful career as player and club captain, and later President of Old Crescent RFC. Old Crescent RFC members are invited to Dooradoyle next Saturday to join with CCC in celebrating Don’s remarkable contribution to the College and to our Club.