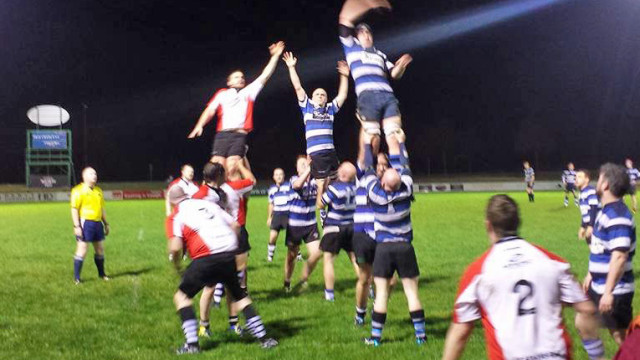 Our Under 20’s side were the only Old Crescent RFC senior team in action at the weekend, when they took on Garryowen in Rosbrien last Saturday. Having lost their last outing against Young Munster, a victory was important to get momentum into our Donal Walsh Trophy campaign

We were missing a number of players through injury and illness, and lost Eoin Ryan in the warm up with a dislocated shoulder. We started flat as a result and conceded three soft tries before slowly edging our way back into the game. The accurate kicking of Conor Linehan kept us in the game and kept the score board ticking over and the introduction of Stephen Monaghan helped to steady the scrum.

Our second half performance was much better, aided by the introduction of Paul McNamara at half time and a reshuffle of our back line. We were unfortunate to lose a couple of players to injury in the second half and we wish them a speedy recovery.

We played some excellent rugby in second half with Sean Fitzgerald leading the pack.  We scored four tries in the second half, our try scorers were Sean Fitzgerald, Dave Garry, and two tries from Paul McNamara.  We did concede a try to give the visitors a try bonus point but we were ahead by 11 points at the final whistle. The final score was Old Crescent 35 Garryowen 24, giving us our first victory in the Donal Walsh Trophy this season. The next outing for our Under 20’s will be against Bruff on 7th November.

Our Thirds side took on St Senan’s in Rosbrien on Tuesday evening in a very entertaining and competitive Gleeson League clash.  The County Clare side led at half time by 12 points to 7, the Crescent scores being a try by Jamie O’Donnell converted by Dave O’Connell.

Crescent upped their game in the second half and levelled the game with a second unconverted try by Jamie O’Donnell.  The game was evenly matched for most of the second half but our Thirds finally got their nose in front with a third try by Mark Kilkelly which was unconverted.  Crescent went further ahead with a successful long range penalty conversion taken by Sean O’Dea.

St Senans got a late consolation try when desperate Crescent defence on the line saw a flurry of yellow cards and Crescent finishing with just 12 men.  The conversion was missed to leave the final score Old Crescent 20 St Senans 17.

Next Saturday, at the earlier Kick off time of 2.00pm, our First team play Wanderers FC, in round six of the Ulster Bank All Ireland League. We have won the 1st five Games in this season’s League and head the Division 2C table. Wanderers are one point behind us in the table so it is really a ‘Top of the Table’ clash. Our usual Pre-Match Lunch will start at the earlier time of 12.30pm. There are a few places left at the lunch, so if you have not already booked a place, give Eddie Frost a call on 086 3537085 asap, to secure your place. It promises to be a great afternoon’s entertainment, with a BBQ in full swing all afternoon and the Rugby World Cup Final on the ‘Big Screen’ at 4.00pm.

Our Seconds take on Bruff in Rosbrien at 2.30pm next Sunday in a Munster Senior Seconds League clash. Finally, a reminder that Your Club Your Country ticket stubs must be returned to Dale Harrow or Peter Doyle by this coming Saturday afternoon.  Remember, all ticket monies raised goes to Old Crescent.