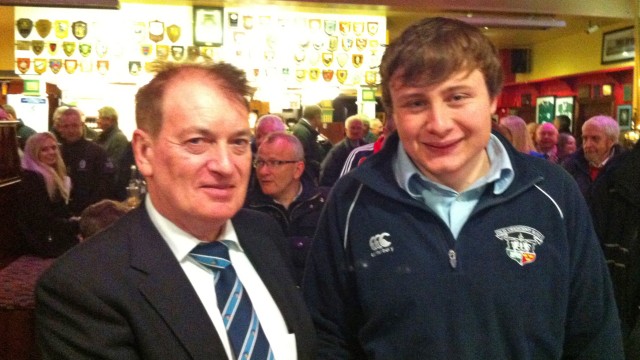 Old Crescent RFC resumed it’s Ulster Bank League campaign after the long Christmas break with a home fixture against Wanderers FC in Rosbrien.last Saturday. Our players were slow to get into the game after the long layoff, playing against a team that were buoyed up after winning the Leinster Senior Shield the previous weekend, and for much of the game it looked like we would do well to secure a losing bonus point.

Crescent were unfortunate to lose hooker Cathal O’Reilly with an ankle injury in the first few minutes. We were further disrupted when referee, Helen O’Reilly, penalised Crescent with two yellow cards, one after the other, which resulted in us playing half of the first half with only 14 men. The two sides traded penalties, our two kicked by Shane O’Brien, before Wanderers finally got in front with an unconverted try just before half time, to lead by 11 points to 6 at the break.

Having survived the first half onslaught from Wanderers, the second half was more evenly matched and Crescent gradually began to compete more effectively. The sin binning of a Wanderers forward on the hour mark was the catalyst for Crescent to take hold of the game by the scruff of the neck and never let go. Crescent kicked for the corner line out and, having won the line out, moved the ball along the back line to Larry Hanly who touched down under the posts. The convert was kicked by Shane O’Brien to put us back in front by 2 points.

Following another attacking ruck close to the Wanderers line, Tavita Toia surged through the centre of the ruck to score beside the posts. Shane again added the conversion. Crescent were now on the rampage and although Wanderers were back to 15 men, they could not withstand the relentless Crescent attacks.

After powerful forward surges, Sean Monaghan got over for two superb tries, one of them converted, which cemented our win and gave us a bonus point victory. Wanderers secured a late consolation try when the game was over as a contest, leaving the final score Old Crescent 32 Wanderers 16. Old Crescent RFC Man of the Match was Seagan Gleeson, who gave a very impressive display. A very satisfying afternoon in Rosbrien!

We now face a difficult UBL fixture against Bruff RFC in Bruff next Friday evening at 7.30pm. This is a very important game, with both clubs level on points in Division 2B, and we would ask all Crescent supporters to make the short journey to Bruff to support our senior team next Friday evening.

Our Munster Junior Cup side begin their campaign next Sunday afternoon with an away fixture against St Marys RFC in Grove Island at 2.00pm. We urge all Crescent supporters to come along and support our Junior Cup side. 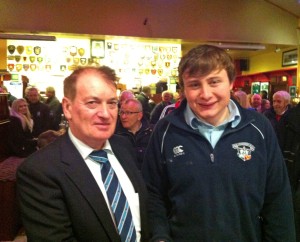