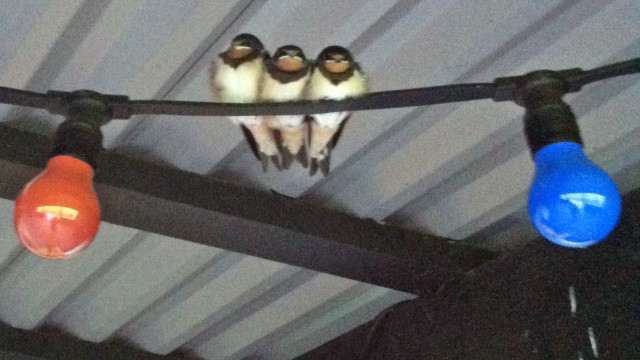 With our First team taking a well earned rest, our Thirds were in action last Saturday when captain Dave Dennehy lead out Old Crescent Thirds for their first Gleeson League game of the season against Kilfeacle RFC. Conditions were perfect for rugby in Rosbrien as Kilfeacle kicked off. In a tight first half Kilfeacle scored first from the penalty spot. Dave O Carroll hit back for Old Crescent with a penalty of his own.

Then after some good play Eoin Murray found himself in space and scored a fine try. Towards the end of the first half Old Crescent were put under increasing pressure with Dave Dennehy sin binned. However, some resolute defence saw the half time score left at 10-3 in Old Crescents favour.

The second half saw the introduction of Brendan McCarthy for Old Crescent and the centre made an immediate impact. He started a nice move that culminated in full back David Hurley crossing the white wash. Kilfeacle were handed a lifeline with a try of their own, however, full back Hurley who was dangerous throughout finished off superb backs move to leave the full time score at 28-8 in Old Crescents favour.

There were some good performances on the Old Crescent team, none more so then Mike Manning who despite being more at home in the pack acquitted himself quite well in a new role at first centre.

Our Under 20s opened their season with a cracking game to open our Under 20 campaign in the Donal Walsh Trophy for Munster under 20 teams, in an away fixture to Young Munster in Tom Clifford last Saturday. If its good quality rugby you’re looking for, then come and watch this team in future fixtures as they served up a lively, hard, fast, tough game full of quality rugby which augurs well for the future of Old Crescent.

Although the final score line did not do our efforts justice, as we had clawed our way back to a losing bonus point position with just five minutes to go, at which stage we were looking to drive on and win the game, our weary bodies which had given everything just could not withstand a final surge to leave us grossly deflated at the final whistle.

Young Munster got off to the flying start that every team dreams of – a knock on by us from the kick off, leading to their scrum on their 10 meter line, which they drove us off, giving them front foot ball and a quick break, with a kick ahead, a very fortuitous bounce, giving them a try which was duly converted and thus we were 7-0 down before we had hardly drawn breath.

In fairness to our pack, in particular, we got stuck in over the next 10-15 minutes giving ourselves plenty of territory and possession, yielding a good penalty opportunity on 15 minutes which we were unable to convert. Young Munster upped their game and had some territory and opportunity but the solid Old Crescent defensive line held up and there then followed a period of opportunity for us with a terrific break by Andrew Harrison from which we earned another penalty opportunity, which on this occasion we ran. This led to a Crescent scrum, which was very solid and provided the opportunity for a lovely break by scrum half Adam Cunningham to score by the posts, which Dave Garry converted to level the scores at 7-7.

Young Munster responded, moving the ball from within their own half with the blind side winger coming around to prove the extra man in an overlap situation to score out wide, with the conversion missed.  12-7 down at half time but with a lot to play for.

The second half started like the first with Young Munster driving us off our own scrum in our own half resulting in a penalty that they converted – this left us 15-7 down. They entered our half again shortly afterwards and secured another straightforward penalty opportunity, which was again converted, giving them an 18-7 lead. If there was a danger we’d spent our best efforts at that stage, then this team had other ideas – for the next 20 minutes we were mostly camped within Young Munster’s 22.

We launched attack after attack, involving a series of line outs, scrums, penalties, giving it everything in an attempt to get over the line and eventually we made the break through with five minutes remaining with Adam spotting a chink in the defence and scrambling over, but we failed with the conversion attempt. We now felt that we had the momentum to chase the game, but yielded another kickable penalty from the kick off, which was converted to leave the score at 21-12 and then a sucker blow final act, saw Young Munster score a try and conversion from under the posts as the last act of the game to give a final (somewhat flattering) score line of YM 28 – OC 12.

Although it is now mid October, this was the first meaningful Under 20 fixture of the season, for reasons beyond our control, and although missing a number of players, it provided a very positive start for our season, as we now have a number of big fixtures coming up. Man of the Match was clearly from our scrum half Adam Cunningham and hit of the day came from our out half Paul McNamara.

Fixtures next weekend. Our First team resume their UBL campaign with an away fixture against Middleton RFC at 2.30pm next Saturday in Middleton. A limited number of seats are available for supporters on the team bus leaving the clubhouse at 10.00am next Saturday morning. Contact Hon Secretary Paul Donnellan 087 9538560 for details.  Our Seconds take on Young Munster away in Greenfields at 7.30pm next Monday evening.

As mentioned last week, Old Crescent tickets for the IRFU ‘Your Club Your Country’ Grand Draw 2015 are now available from any committee member or from Peter Doyle 086 3861054 or Dale Harrow 086 3447197.  This IRFU Grand Draw is an important fundraising vehicle for affiliated clubs and there are many fabulous prizes.  All the monies raised by Old Crescent RFC through ticket sales go directly to the club so please support generously. The closing date for the return of ticket stubs is Friday 30th October. The club will hold a Draw for everyone that sells a book of tickets and the prize will be 2 x 3 Match Ticket Packs for the European Challenge Cup games in Thomond Park..