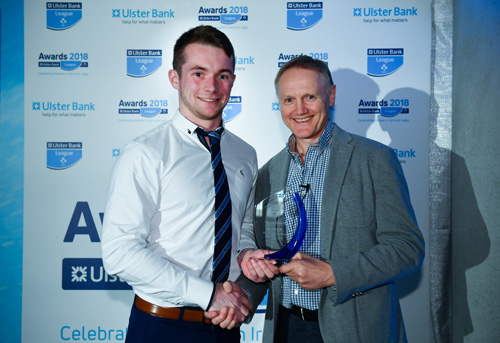 Old Crescent had a superb campaign as they lifted the Division 2B trophy as the league’s only unbeaten team. They were rewarded for their work both on and off the field with 17-try star winger Val McDermott announced as the Division 2B Player of the Year and Frank Larkin being named the Ulster Bank Club PRO of the Year.