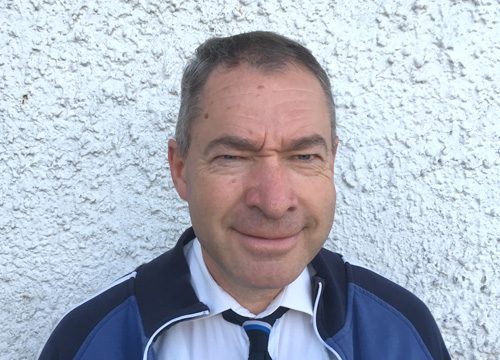 This report is a summary of the happenings in Old Crescent RFC over the past 12 months, from May 2019. As we all know, the rugby season ended on the 19th of March 2020, due to Government restrictions imposed under COVID 19, as regulated by the IRFU. All rugby ceased and each team in each AIL Division will start the 20/21 season as they started the 19/20 season.

So this report is tempered by the fact that the season as such was incomplete, not only in terms of matches cancelled, summer off-season events cancelled, but also in terms of postponement and/or cancellation of many of our fund-raising “bankers”  and as a consequence uncertainty in any planning for staging later in the year.

Our 1st team played in Division 2A of the AIL playing 14 of our 18 games. At that stage we had attained fourth position on the league table and could have finished in any of the top four play-off places. The statistics for the 1st XV playing in the All Ireland League are as follows:

I would like to acknowledge the work ethic and dedication of Eugene McGovern as Director of Rugby and his Coaching team under Head Coach Matt Brown, as well as the stewardship of Chairman of Rugby, Gerry Reynolds. I would like to thank our Club Captain Ronan McKenna for his leadership and kicking ability, amassing 54 points despite his injury lay-off.

So the season had been shaping up nicely, rewarded with being in 4th place and we can only ponder what might have been. From the back-line Val McDermott must be singled out for his outstanding displays and having scored 19 tries, the highest of any player across 5 AIL Divisions.

Whilst the last couple of months have been dominated by COVID 19 and the lack of rugby, nevertheless, we can look back on the season that was with considerable pride. In short it was a tremendous success. We had a great run in the Sporting Limerick Charity Cup with wins over Shannon in Rosbrien culminating in capturing the Charity Cup and the Kelly Cup with a tremendous result over Young Munster in front of the home crowd in early January. Final score Old Crescent 17 Young Munster 10

An event to honour our three winning teams of the Charity Cup will be arranged at an appropriate date in the future. We also won the Hayes Walsh Cup. We are the only senior Club in Limerick to have won silverware this season.

The 2nds were very competitive this season topping their respective league and having a good run in the Munster Junior Cup, beating Bantry Bay 52-8, until we were beaten by Galbally at home. Although falling just short, anyone who saw them play wouldn’t have begrudged our 2nds a trophy.

The 3rds had another great season topping their league until the season was brought to an abrupt halt.

The U20s had a very successful season winning the Donal Walsh Plate in Tralee on Sunday March 8th. They defeated Bruff on a scoreline of OC 19 Bruff 11. There were some outstanding individual displays along the way and this augurs well for the future. Manager Joe McNamara, and Eugene and Gerry, are to be congratulated on this tremendous success.

Director of Rugby Eugene McGovern would like to express thanks to all the supporters who travelled the length and breadth of the country throughout the season supporting the Senior team which gives the players a massive boost.

Thanks to Eugene and all the management / coaching teams for the unbelievable effort they put in throughout the year.

There are huge numbers playing underage rugby and they had a very positive year with numbers and engagement of players, coaches and parents. Four open days were organised which helped to recruit new players and which were very kindly supported by our Senior players and Coaches.

The season started with two consecutive blitz weekends which was followed by two in January. We also had a very successful blitz for local primary schools supported by Munster Rugby and building on the work of Matt Brown is doing Rugby sessions with local schools. With extended training and playing areas underage were able to host a mini blitz for all age groups from U12 down to U8’s.

An IRFU/ALDI provincial blitz had been planned for March 29th. Rugby for Girls was re-introduced and the plan was to host “Give it a Try”  from May over 8 weeks, an IRFU initiative , but Covid-19 intervened. The U12 trip to Treviso also had to be postponed.

Unfortunately, completion of any of our competitions was not possible but two age-groups, U13 and U16s got to the final of their competitions before the season was terminated, which should mean a sharing of the title. A summer camp is planned for August if rugby resumes.

Thank you to all the Underage coaches and our Chairman of Underage Peter Shelley, Anthony O’Dwyer, Verification Officer Shirley O’Grady, Minis Co-Ordinator Brian Collins, and Child Welfare and Safeguarding Officer Nichola English for all the work put in over the last twelve months.

On the refereeing side we continue to recognise Club Member Referee Andy Brace who officiated at the Rugby World Cup in Japan. We are very proud of Andy and wish him further success in the future. While we’re on the subject of refereeing, we cannot forget another club stalwart Noel Wiry Sexton. He had an outstanding term as President of the Munster Association of Referees. The MAR’s Dinner in the Castletroy Park Hotel on February 29th was a huge success where the Club were extremely well represented.

Club Doctors, Dr Michael O’Flynn and Dr Stephen Roche, have provided outstanding service over many seasons, together with our Chartered Physio Gordon Cagney, and all have been excellent in their assistance not only on match days but also for making themselves available to the players at all times. Michael, Stephen and Gordon deserve our sincere appreciation and thanks.

The grounds and pitches at Rosbrien look fantastic and we can thank our Chairman of Grounds Dermot McGovern for this, for his time and dedication in looking after Rosbrien, together with his team of helpers. The grounds will be in splendid condition whenever play resumes. I’d also like to mention and thank sincerely our Chairman of House Joe McNamara and his associates for their excellent work in maintaining the facilities.

Financing an AIL Club is a challenge and in the present circumstances this has proven to be all the more challenging. Our usual cash cows have had to be put out to grass. Our SVP Paul Donnellan did tremendous work in getting a Membership and Subscription facility arranged through Eventmaster, to compile a Membership list, as opposed to a mailing list.

Following a brain-storming session and under his stewardship the Go Fund Me campaign has proven to be very successful and has been a life-saver. Other fund-raising means are being planned and some of usual fund-raisers may go ahead later in year. The Car Draw continues to be a major source of our income and the number of members sits at 290 approx. which is a very welcome boost after we had a number of year’s of stagnation. I would encourage you all to look to bring more members into the car draw. Application forms are available from the committee.

Our planned Rugby Breakfast with Stephen Larkham and Graham Roundtree, planned for March 29th had to be postponed and the hope is it will take place in the latter quarter of the year. Staging a Golf Classic is also hopeful. The IRFU Your Club Your Country Draw was a great source of funds for the Club.

I would also like to thank Dale Harrow, wearer of many hats, among which Club Ticket Manager looking after our International and Munster Match Tickets, his work on the Golf Classic and for commanding a right good match day gate crew!

I would like to thank and express appreciation to Eddie Frost and Don O’Malley for organising the Pre-Match lunches and to our Ladies Committee for providing the sumptuous lunches.

Many thanks and grateful appreciation must go to all of our Sponsors, those who sponsored pre-match lunches and various prizes for our Club events. In particular, we are indebted to Keane’s Jewellers who are great supporters of our Golf Classic each year.

Tag Rugby continues to go from strength to strength with Spring, Summer and Autumn tag leagues.Summer Tag attracted more than 50 teams. The internationally famous Pig N Porter Festival took place again last year in Rosbrien and is a firm fixture in the tag rugby calendar. There was a proportionate increase this year in revenue and number of teams participating.

Recognition must be given to Pat Rickard and his team as well as the senior panel for the work they put in to preparing the grounds and facilities for the event. The Pig n Porter Festival is preceded by the Limerick Summer Music Festival which attracted a huge crowd who enjoyed the summer sunshine and a concert by Limerick Singer/Songwriter Emma Langford.  Thanks is due to Michael Murphy and all the team for making the LSMF a very enjoyable successful event.

Ger McNamara moves to the position of Senior Vice President of the Munster Branch next season and will be sorely missed at Committee. Sincere congratulations to Ger on this wonderful personal honour and for the Club also. I would also like to acknowledge the work of Pat Monaghan as the Club’s Munster Branch delegate. We are also very ably served by Brian Nolan as Hon. Fixtures Secretary and Hon. Treasurer of North Munster Sub-Committee of Munster Branch. I’d like to thank Ger, Pat and Brian for their work in representing the Club and the province.

To members who have had family bereavements during the year, we extend our deepest sympathies. In particular, we remember the following members who died during the last year: Barry O’Sullivan, Tom Forde, Colette O’Riordan, and Colm Madigan. Normally the AGM is preceded by a Mass for deceased members and their families and this has been postponed until November.

I wish to say thank the hard working Committee for their work over the last twelve months. You’ve all done very well. I wish to welcome the incoming officers for the season ahead. I would like to acknowledge the work of our Media officer, Frank Larkin, for his promotional work, Club program and his Club Notes.

I would like to warmly acknowledge the hard work done by Charlie O’Neill as President of Old Crescent for the last year and for being a wonderful ambassador for the Club. Charlie has managed to keep a smile on his face despite challenges on and off the field. I would like to play tribute to his ability to promoting teamwork at committee level and being very vocal in his support on the sideline. Thank you Charlie and well done.