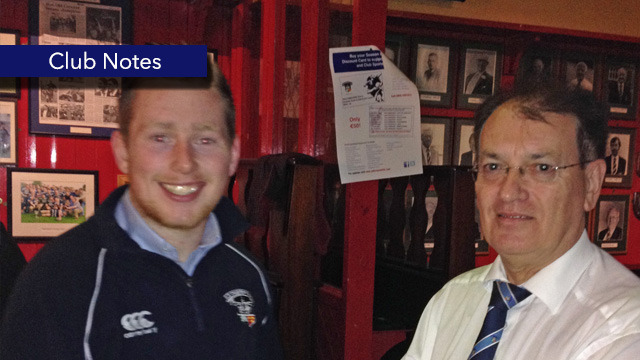 Tullamore had had a good start to their UBL campaign having won three of their four fixtures so it was vital for our senior team to get off to a good start.  We did start well and secured the first score of the game when our young scrumhalf Rory Cunningham got in for a superb try which Shane O’Brien converted to put us 7 points in front midway through the first half.

We kept Tullamore at bay for most of the first half but they finally got on the scoreboard with a converted penalty just before half time.  It was clear it was going to be a low scoring game and the second half was a dogged affair.  Tullamore converted a second penalty midway through the second half to narrow the gap to a single point and make for a nervous final 20 minutes for Old Crescent supporters.

Tullamore had a player red carded with about 15 minutes to go but we struggled to take advantage of the superior numbers. On the plus side, our defense of our line was heroic in those last minutes and we emerged victorious by the slimmest of margins.  Final score Old Crescent 7 Tullamore 6.  It was a superb team performance to defend a slender lead to the end. Marty Ryan was a worthy winner of our Man of the Match award.

Our Thirds travelled to Derryknockane last Saturday to take on local rivals Young Munster in the Gleeson League. In a close-fought contest Old Crescent took the lead when centre Billy Noonan forced an intercept just inside the Crescent half and sprinted clear for a try under the posts, which was converted by out-half Kevin South. Munster’s battled back before half time, touching down in the corner to leave Crescent ahead by 7 points to 5 at the break.

The second period was an arm wrestle between two well-matched teams. We had a number of try scoring opportunities but didn’t complete them and we eventually lost by 8 points to 7. There were some positives in the game but the result leaves our Thirds with plenty to work on heading into the next round of league games.

Your Club Your Country

Old Crescent’s promotion of the IRFU ‘Your Club Your Country’ Grand Draw 2014 is in full swing and tickets are available from any committee member.  There are some fabulous prizes to be won and all funds raised through ticket sales go to Old Crescent RFC.

Clubman of the Year

Finally, congratulations to Pat Rickard who was presented with his Clubman of the Year Award for last season by last year’s President Chris Cullinan at the pre match lunch before our UBL game last Saturday.  Pat has been and continues to be a stalwart of Old Crescent RFC, on and off the field, and his award is richly deserved. 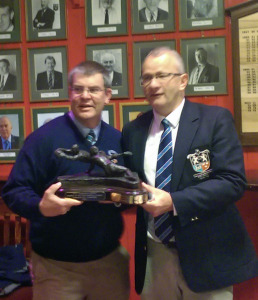 Pat Rickard, Clubman of the Year 2013-14, receives his award from immediate past President Chris Cullinan at lunch before UBL game against Tullamore RFC, 8 November 2014