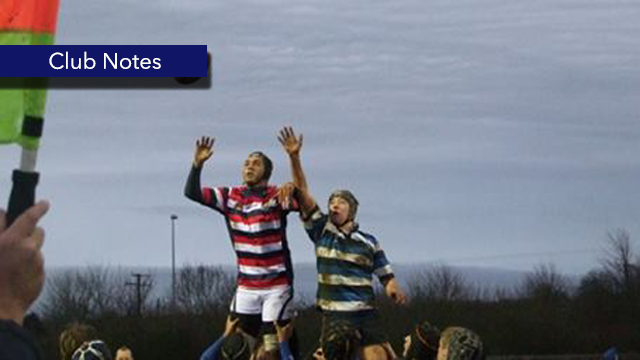 Our Senior team travelled to Cork last Saturday to play Highfield RFC in a second round AIL clash. Our relatively young side got a rude awakening against an experienced Highfield team playing their first home AIL game of the season.

Highfield started at pace and were two tries up in the first 15 minutes. They went further ahead while Crescent had a man in the bin, scoring another two tries to give the home side a try bonus point before the game reached half time. Crescent’s only scores in the first half were two penalties converted by Shane O’Brien.

Crescent suffered a further blow when our Captain, Padraig Monaghan, retired injured, and the home side led by 24 points to 6 at the break. We did get more into the game in the second half, Alan Bennie scored a try which Shane converted, but overall it was a disappointing display by Old Crescent. We will need to see a dramatic improvement in form and execution against DLSP next Saturday in Rosbrien.

Our Seconds played Thomond under lights in Rosbrien on Monday evening. Again, Crescent were slow to start and Thomond led by 23 points to 11 at half time. However, our Seconds gave a stand out performance in the second half and were unlucky not to win, getting back to just lose by a narrow margin of 31 points to Thomond’s 36.

Highlights of the game from a Crescent point of view were a three try haul by Stephen O’Carroll on the wing and a superb place kicking display by Padraig Quinn. Other players who made promising debuts for Old Crescent were Shane O’Connell, Darragh Arthur, Karl Hanley, and Michael Dooley.

Last Friday night our Thirds side travelled to Tom Clifford Park to take on local rivals Young Munster in the semi-final of the McInerney Cup. In a tense and closely-fought first half, the Cookies took a 5-0 lead with a try in the corner. They extended their lead to 8-0 before Crescent narrowed the deficit through the boot of out half Conor Hegarty, to go in trailing 8-3 at the half.

After the interval Crescent fought back, with flanker Martin Kelly rumbling over for a try to level the score. After Hegarty was forced off with an injury, winger Sean O’Dea slotted two further penalties to give our Thirds a 14-8 lead. The last 20 minutes of the game saw Crescent put in an inspiring defensive effort, keeping out waves of Young Munster attacks to close out the match and book a place in the McInerney Cup final for the first time since 2009. It was a true team performance led by Captain Andy Cunnane and veterans Billy Breen, Bernie Quinn and Odhran Power.

Our Under 20’s continued their North Munster League campaign with a visit to Garryowen on Monday evening. Despite missing a number of players, we took the field with a quiet confidence and enjoyed a bright start but were unable to turn our opportunities into points. Our hosts fought their way back into the match and after a turnover at a 5 metre scrum, crossed for an unconverted try. Garryowen continued to enjoy good possession and territory but a resolute defence kept them at bay until shortly before the interval when, after a defensive mix up, a second try was conceded which was converted to give Garryowen a 12 point lead at the interval.

In the second half we controlled the game and kept our opponents pinned in their own half. Our good work finally was rewarded when Jack O’Neill crossed for a try which was converted by Shane Eades to reduce the deficit to five points. This lead was reduced to two points shortly after by a Shane Eades penalty kick for Crescent.

We were however unable to further capitalise on our territory and possession, and in their only advance into our half in the second period Garryowen clinched the match which a penalty kick. It was a strong performance despite the result and augers well for the South West Conference season which commences this weekend.