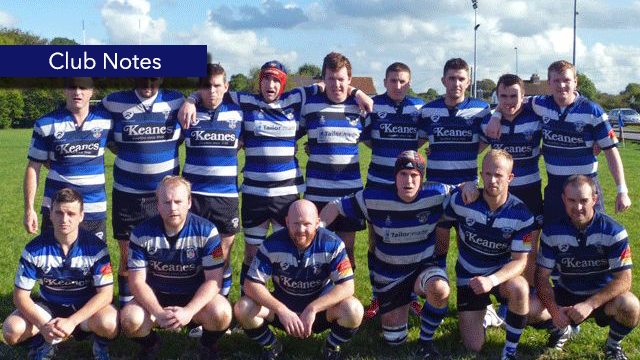 The only senior Old Crescent team in action last weekend was our Third’s side who took on Richmond in a Gleeson League clash at home in Rosbrien last Saturday afternoon. The continued spell of Indian summer weather gave us a warm afternoon for rugby which took its toll on both sides.

Richmond had a player red carded after a few minutes of play and had to play the remaining 75 minutes with only 14 men. Unfortunately, Crescent proved unable to make use of this numerical advantage and indeed were given a severe test by the depleted Richmond side.

Richmond were first to score when they got in for an easy try after some loose Crescent tackling. The conversion was missed. Crescent continued to attack throughout the first half but several scoring opportunities were missed due to attacks breaking down at critical stages and a dogged Richmond defence.

Richmond went on to convert a penalty just before half time leaving them eight points to nil in front at the break. In the last play of the first half, Crescent were very unlucky not to score under the posts when Crescent got over the Richmond line but the ball was adjudged to have been held up.

Crescent went further behind shortly after the break when Richmond converted a second penalty to put them 11 points clear. Ten minutes into the seconds half, our Thirds finally got on the scoreboard when Billy Breen broke through several tackles and scored a try out wide. The conversion was missed but we were now finally getting into the game.

With five minutes remaining, Crescent got in for a second try scored by Mark Kelly but unfortunately the convert that would have put us in front came back off the post. We continued to press strongly but Richmond held on to win by a single point. It was a game we could and probably should have won. Our Thirds will be disappointed with the result and will be looking for a better performance in their next outing against Ul Bohs next Friday evening.

Our four senior teams are all in action next weekend. Our First’s take on Cashel in the second round of the Munster Senior Cup at home in Rosbrien at 3.30pm next Saturday. Our Second’s play Richmond away next Sunday at 2.30pm in the Munster Senior Seconds league. Our Third’s travel to Annacotty next Friday evening to play Ul Bohs in the Gleeson League, and our Under 20’s travel to Galway to take on NUIG/Corinthians at 2.30pm next Saturday.

It will also be a very busy weekend for our Under Age Section, with 18 teams visiting Rosbrien for cup and league fixtures and blitz’s involving over 400 young players, coaches and parents!. On Saturday, we hold our annual John O’Riordan Memorial Tournament for Under 11’s, kicking off at 11.00am, and on Sunday we host an Under 12 Blitz, as well as cup and league fixtures at Under 13, 14, 15, 16 and 18 age grades.