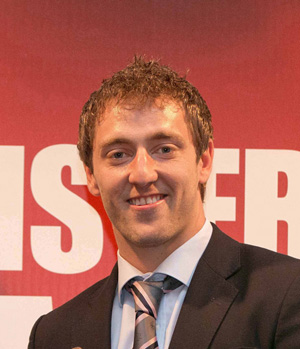 Former Old Crescent player, Andy won Referee of the Year in the Munster Rugby Awards last season and gained promotion to the Guinness PRO12 referee’s panel. As well as officiating in the AIL, Andy has taken charge of a number of British & Irish Cup fixtures, including a quarter-final and the final between Worcester Warriors and Doncaster Knights last season.

The Welsh native played his club rugby with Old Crescent RFC for many seasons and works as a Community Rugby Officer with Munster Branch IRFU.