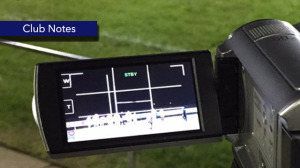 Old Crescent RFC travelled to Kanturk in Co Cork for the first time last Saturday when our Senior team took on the local club in a UBL Division 2B clash. Kanturk RFC grounds are perched on top of a hill outside the town, with very little shelter from the very cold gale force winds that were blowing last Saturday.

Both teams took time to adjust to the difficult conditions but Kanturk, who had the assistance of the strong winds in the first half, were first to get on the scoreboard with a try after ten minutes which they converted. Crescent replied a few minutes later with a converted penalty kick taken by Shane O’Brien.

Kanturk extended their lead with a converted penalty midway through the first half but Crescent got back on terms with a well taken try scored by Sean Monaghan. Shane added the conversion to level the scores at 10 points apiece. Kanturk scored a second unconverted try just before half time to put the home side 15 points to 10 in front at the break.

Crescent had the wind advantage in the second half but unfortunately were unable to make effective use of it. As it turned out, the second half was most disappointing from a Crescent point of view. Kanturk scored an unconverted third try early in the second half and with the vocal local support their tails were up as they pressed for a bonus point try.

Midway through the second half, the home side got their bonus point fourth try which they failed to convert. Crescent tried manfully to get back on terms but without success, and it was Kanturk who finished the stronger crossing over for a fifth unconverted try just be fore the final whistle. The final score was Kanturk 30 Old Crescent 10, a disappointing first trip to the County Cork venue. Next up is a vital home game against Greystones RFC.

On a brighter note, our Under 20’s continued their winning ways in their final match in the Donal Walsh Under 20 trophy (South West Division) with a resounding win over Sundays Well in Rosbrien last Saturday,

With a larger complement of players than we have had in recent outings, we welcomed back some players to the squad for this game and we were certainly up for this game. The management team of Eugene McGovern, Keith Lyons, Shane Murphy and Pat Rickard, had them primed and straining at the leash, as we had been without a game for the past three weeks due to receiving two walkovers.

In very windy and squally conditions, certainly not suited for goal kicking, we got off to an excellent start, running wide from the first scrum after just minutes of play, with Val McDermott scoring out wide near the corner, which was not converted. Sunday Well got into our territory shortly afterwards, and registered their first and only score to leave matters at 5-3 after about 10 minutes.

However, we were gaining plenty of possession, primarily, through lineout and ruck, which was providing a good platform and a lot of territory, and so it was not long before more scoring opportunities presented themselves, with Conor Lenihan able to add the conversions only when we scored close by the posts.

Mid way through the first half, Sundays Well reconfigured their scum and has us in serious trouble around our 25 yard line, with an almost certain yellow card to come after a succession of penalties against us, but somehow we secured a turnover scrum ball and survived a possible score that what would certainly have given them some much needed momentum.

Next up over the next two weekends are two huge matches for this squad, with the North Munster League Final V Nenagh next weekend, followed by a play off match to qualify for the quarter finals of the All Ireland Under 20 League.