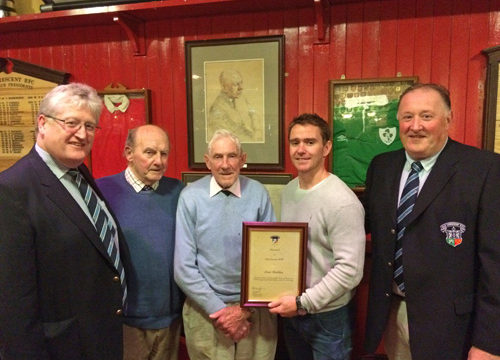 On behalf of our President, Pat Monaghan, and all members of Old Crescent RFC, we extend our deepest sympathies to his wife Betty, his brother Niall, and the entire Roche family.

His death notice reads as follows:

Jim will be reposing at home on Friday from 4pm until 8pm. Funeral Mass will take place in St Joseph’s Church, Castleconnell, Co Limerick at 11.30am on Saturday 14th January followed by burial in St. Joseph’s Cemetery. “A life well lived” RIP.