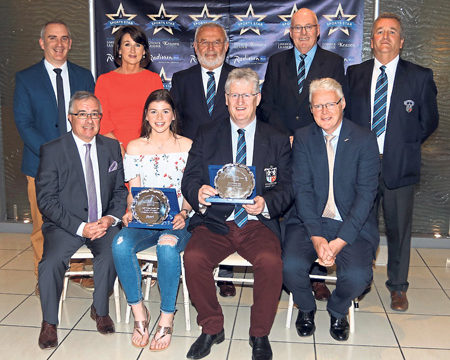 Old Crescent RFC was awarded the senior Limerick Sports Stars Award for April, for winning the Ulster Bank League Division 2B undefeated, at an awards lunch in the Radisson Blu Hotel on 25th May. The Limerick Sports Stars Awards are sponsored by the Radisson Blu Hotel, Keane’s Jewellers and the Limerick Leader. Old Crescent RFC are delighted to have won this prestigious award.

Maura O’Connor, and her daughter Aoife, collected the junior award for April on behalf of her son Paudie who made his debut for Leeds United.